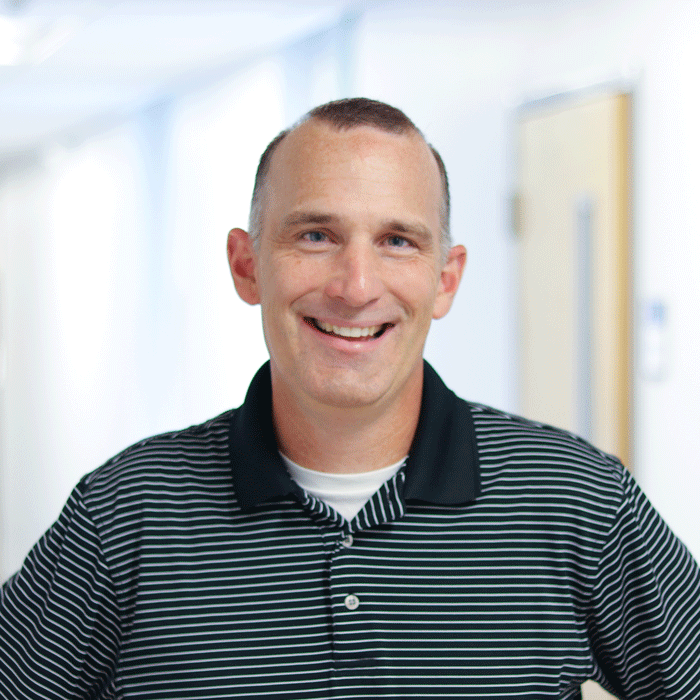 Andy was born and grew up in Siloam Springs, Arkansas. It was there, at the age of five, that he accepted Christ as his Savior. After graduating from Siloam Springs High School, he attended Oklahoma Baptist University where he received his degree in Secondary Math Education. While attending OBU, Andy was involved in the youth program at a local church and was very active in the Baptist Student Union. Upon graduation, Andy spent two years working with the Baptist Student Union at the University of Arkansas. During that time, he married his high school sweetheart, Elisa Crenshaw, and began planning to pursue his seminary education at Southeastern Baptist Theological Seminary in Wake Forest. In July of 1998, he and his wife moved to North Carolina, and have been involved with FBC Durham ever since. Andy and Elisa look forward to building relationships with the youth, their families, and the church body. His purpose in ministry is stated in Colossians 1:28, which says, “And we proclaim Him, admonishing every man and teaching every man with all wisdom so that we may present every man complete in Christ.” Andy and Elisa have three sons, Jackson (1999), Micah (2002), and Braden (2008), and their daughter Aubrey (2004).